Avoiding the Backwards Slide in Times of Crisis 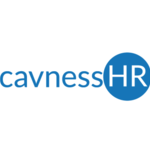 Today, I was lucky enough to sit through Retired 4-Star General Stanley McChrystal’s seminar on Leadership in Crisis, and I wanted to share some of the salient points.

In his introduction, he introduced a terrific and sobering fact, which is that throughout history, when connectivity is limited, things tend to go backwards, not to mention become more politically repressive. This can be seen in countries like Afghanistan, North Korea and other more historical examples. As the world enters a time of crisis, the like of which none of us have lived through before, it’s important to understand what is at risk with a lack of connectivity, and to keep a communications focus within our organizations and on our teams.

There was a discussion about Digital Culture, something which we are all probably experiencing suddenly, and can be very disconcerting for those to whom it is brand new. From a leader perspective, it’s important to remember that in a digital culture, you lose a lot of the nuance that you have in face-to-face encounters. It’s more important than ever for leaders to focus on clarity of language. Meetings and important discussions should follow a structure where the leader level sets with known facts, the discussion follows with the organization’s current beliefs and ideas on how to validate them, and the meeting ends with discussion of unknowns and their potential to change a given situation.

He went on to list 3 things that leaders need to do constantly throughout a period of crisis:

Crisis of any kind is usually accompanied by some levels of fear, or even panic. As such, it’s crucial for leaders to start every communication by level setting the situation with known facts. McChrystal started his own workshop out with having an associate give the group an update on the global COVID-19 situation as it stands.

The second job of a leader during a time of crisis is to provide a level of confidence to her followers. It’s important that the leader doesn’t try to act as though he knows everything, or as though she will be able to control whatever happens next. Leaders can show vulnerability by acknowledging the hardness, sharing stories of past victories, giving context for how operations should continue during a period of unknowns and unrest. By showing this level of vulnerability, crisis leaders will help to build trust and strength within their organizations.

The third job of leaders in crisis is to inspire their people and empower junior leaders to inspire their teams. It’s time to bring people’s focus back to the values of organization, remind team members of why they are there and what the point of it all is.

Stanley shared an example of his own leadership model during the time when he was the commander of all operations in the Afghanistan war theater. He explained how, because things in a dynamic situation can change even while you are discussing them, or issuing orders, that his guidance to his subordinates became dynamic as well. “If you get to the objective, and you see that the situation on the ground has changed, and the orders you were given no longer apply, then comply with the order that you SHOULD have been given in order to meet the intent.

This is especially critical if you run an organization with a large number of junior leaders. A leader’s ability to explain the problem, set the expectations, and then empower subordinates to change the orders as the situation changes and flex their own muscles to meet the intent can make all the difference to the success or failure of the mission—or even the war.

There was a tactical reminder that your new operating system right now should NOT be a download of your calendar as it existed 2 weeks ago; things have changed too much for that. The business systems that we have relied on for over 100 years are no longer enough. Think about what works today, right now, and implement it without fear. You can change it again tomorrow.

The final part of the discussion was about culture. There was a reminder from the advisers on the call that leaders have to live their culture, and they can’t do it quietly—leaders have to live the culture overtly and constantly.  There is a ‘Say/Do gap’ that is pretty obvious to everyone watching you, and once you lose the confidence of your team, it’s hard to get it back.

When asked by an audience member how he helps junior people in his organization to feel comfortable, McChrystal reminded folks that junior people often find the leaders they admire to be intimidating—there is no way around that part of human nature. That makes it incumbent on the high-ranking leader to take steps to put her people at ease and them help them to participate in the solutions of the organization.

His method is as follows:

It’s not enough to tell your people to come seek you out or announce an ‘open-door policy’. Daily, inquisitive interaction with junior members of the team is crucial to building trust.

He told of how, as the commanding general of all forces in Afghanistan, he used to ask his subordinates—young Lieutenants, Captains and Majors—what they thought about his orders and decisions. After receiving the canned “you’re doing a great job, Sir” response that we can all expect, he would then reverse the question, “If you wanted to win the war and go home today, what would you be doing differently”.

The third and most crucial part of building confidence with junior leaders and team members was to stay laser focused during their responses. Given the lack of confidence that many junior folks may feel when speaking out or expressing differences of opinions, he acknowledged that even a single glance in another direction, looking over to another conversation, checking an email, or looking at a clock, may be interpreted as lack of interest or even as disagreement by a more junior leader. Focus and engagement during this part is crucial

The workshop ended with a final acknowledgement that we are in a crazy time, the like of which has not been seen before. Many organizations have their members working around the clock to try to keep up with the many changes, or even just to stay in business. But it’s incumbent on leaders to remember that the culture is their responsibility, they are being watched, and that you have to stay healthy and take care of yourself if you want to run a successful marathon.

TUNE IN ON FACEBOOK OR TWITCH EVERY TUESDAY AT 2:30 CENTRAL FOR A LIVE DISCUSSION OF THIS WEEK'S BLOG TOPIC WITH DANIELLA.

cavnessHR: Focus on Your Business, We've got Your HR